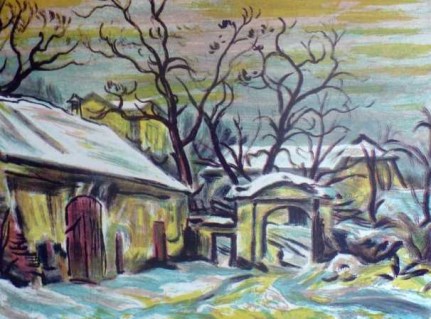 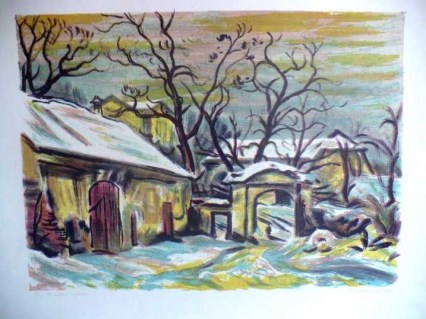 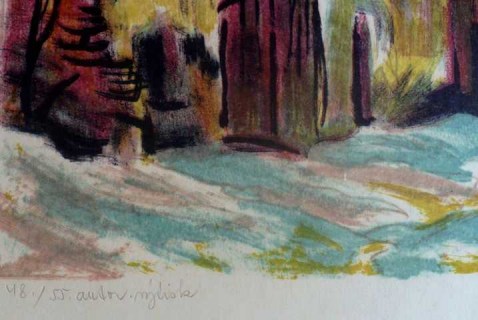 HOFMAN Vlastimil  (Wlastimil Hofmann) – POLAND
* 27 of April 1881 – Prague, Czech Republic
+ 6 of March 1970 – Szklarska Poręba, Poland
Polish painter, one of the most eminent representatives of symbolizm
Student at the Cracow School of Fine Arts under the direction of Florian Cynk (initially, since 1896),
Jan Stanisławski, Leon Wyczółkowski or Jacek Malczewski.
In the following years (1899-1902) he studied with Jean Léon Gérôme at the Paris École des Beaux-Arts.
Since 1902 he began to exhibit his works - individually.
During World War I he was in  Prague and Paris. After 1920 he came back to Cracow.
The beginning of the World War II the artist spent in the palace in Pomorzany,
where stationed a Polish squadron 20 Cavalry of Lancers names of King Jan III Sobieski.
After the siege of the palace by the Soviet army at first he convicted to slavery,
and later to exile through Wołyń, Stambuł, Hajfa, Tel Awiw to Jerozolima.
In 1946  Hofman came back to Cracow, and in 1947 he moved permanently to Szklarska Poręba.
There he created to end of his life by painting portraits of tourists and inhabitants.
During that time he created also religious paintings for the parish church
in Szklarska Poręba.
The work of Vlastimil Hofman is considered as continuation of  sumbolic-allegorical line in
painting initiated by Jacek Malczewski.
Both artists were friends until the death of Malczewski. Despite close analogies and links with the work of his friend, Hofman's paintings always have distinctive style and character.
Hofman also painted portraits, landscapes, religious, ancient, fairly-tale and fantasy scenes.
He was also the author of genre scenes from the life of mountaineers and peasants, in which he strongly emphasized the folklore and decorative costumes.
Since 1904 Vlastimil Hofman  belonged to the Society of Czech Artists „Mánes”
and Society of Polish Artists „Art” .
He was a co-founder of the  „Group of Five” (1905) and  „ Group Zero” (1908)
In 1907, as a first Pole was nominated a member of the Vienna Secession Gallery.
( for the work Confession, exhibited in1906 in Warsaw Encouragement, which brought him great fame )
Many works of the artist  can be seen in the museum, dedicated to his work, in Szklarska Poręba
and in the Parish Church of Corpus Christi at the Franciszkańska street.
Other works of the artist can be found in many galleries and private collections.
About the graphics
Author: Vlastimil Hofman
Technique : mixed, colorful autolitografia
*
ORIGINAL AUTHOR'S WORK
*
Signature : author's, by pencil, r.d  bound monogram: VlastyHofman 1964.
l.d. handwritten by pencil: 48./55.author.impression
Dimensions : 45 x 62,5 in cm / the external contour of the sheet /
33 x 45 in cm / cardboard dimension /
Maintenance condition : ideal
Framing : the work is not framed

** Despite making every efforts and care, in terms of quality and accuracy of the object description, we cannot quarantee that variances or even unintentional mistakes will not occur.
Any comments or remarks will be taken into consideration and fairly investigated.

/ the external contour of the sheet /